Free UK delivery with every order

Our Master Distiller, Frank McHardy, has a career in the whisky industry for over 50 years.

Although officially retired now, Frank oversees distillation for a number of small distilleries across the globe. In addition to Dartmoor Whisky, Frank works with two distilleries in Australia and Ireland.

In 2014, Frank was the 19th person to be inaugurated into Whisky Magazine Hall of Fame – one of the highest honours bestowed in the industry, recognising those who have dedicated their lives to helping the sector thrive. 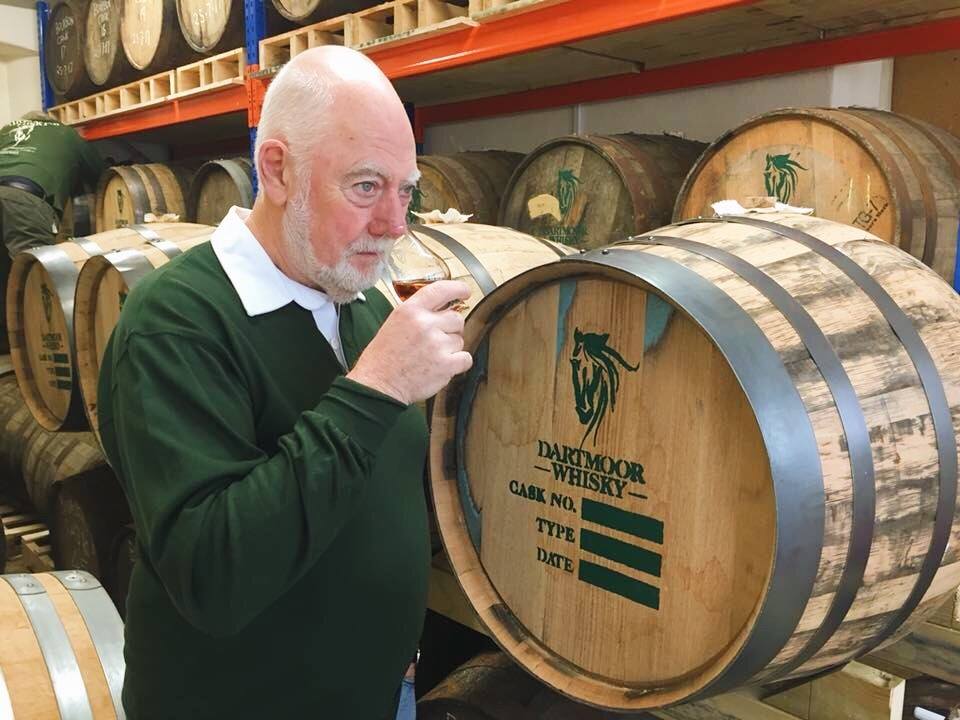 Frank’s illustrious career is one of many highlights. During his time at Springbank, the distillery diversified into a third range of whiskies – the unpeated and triple-distilled Hazelburn, first distilled in 1997 – to sit alongside ‘standard’ Springbank and the heavily-peated Longrow.

Between 2000 and 2004, he was responsible for sourcing all of the equipment and designing the layout of the revived Glengyle distillery, which had last produced whisky in 1925. The development of this venture remains one of Frank McHardy’s proudest achievements, and the principal Glengyle distillery structure was named the Frank McHardy Production Building in recognition of his contribution.

We are incredibly privileged to have Frank as the mastermind behind our distillation process, and his expertise and careful guidance enable us to craft a very fine single malt whisky that the South West can be proud of.

Join today and get 10% off your first order.