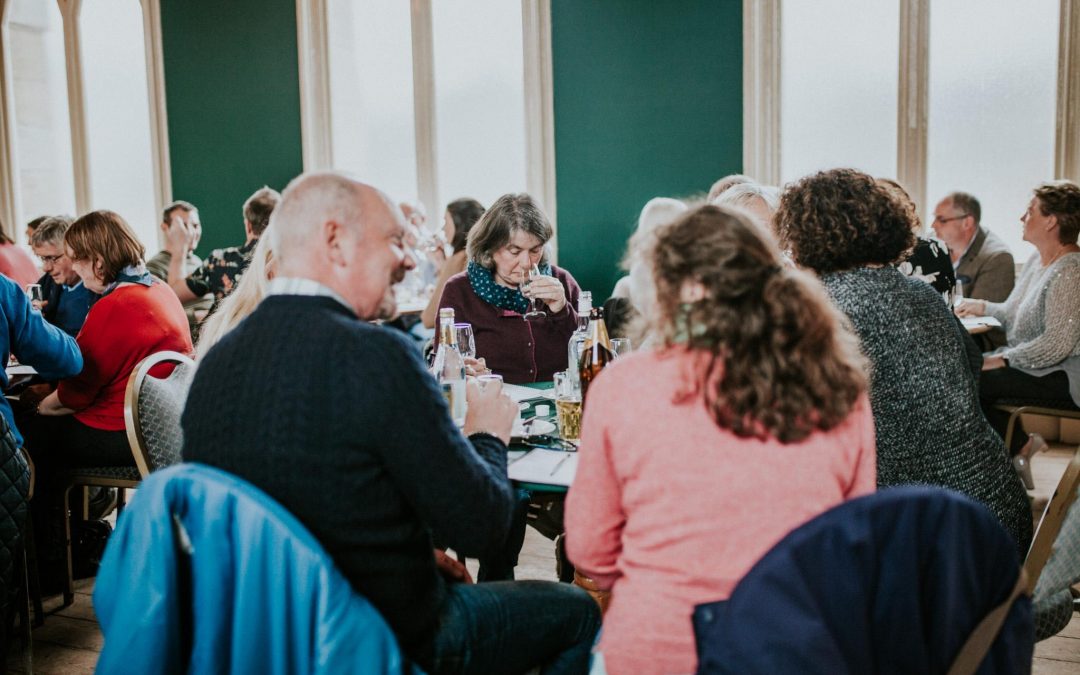 In April we organised our very first Gin Masterclass with our friends at Wildmoor Deli. We had a blast tasting various gins whilst listening to our guest speakers from Salcombe Gin, Tarquin’s Gin and Jeremy from Wildmoor Fine Food & Drink. 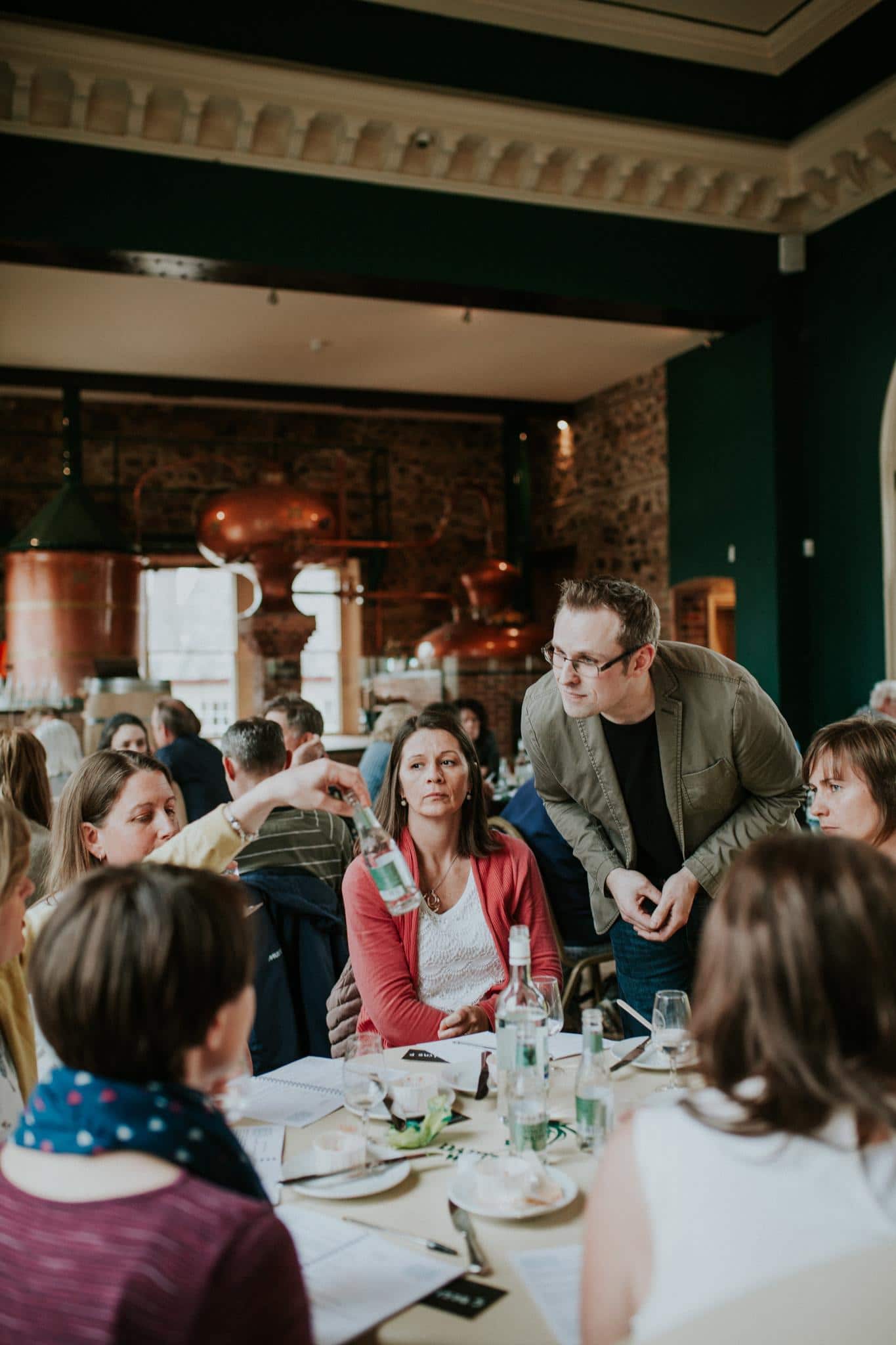 Throughout the evening we sampled four locally crafted gins, focusing on each gin’s tasting notes. We started by tasting them straight, then adding a drop of water to the gin to open it up and get the most flavour out of the spirit. We paired each gin with our preferred tonic and enjoyed delicious appetisers made by Wildmoor Deli. 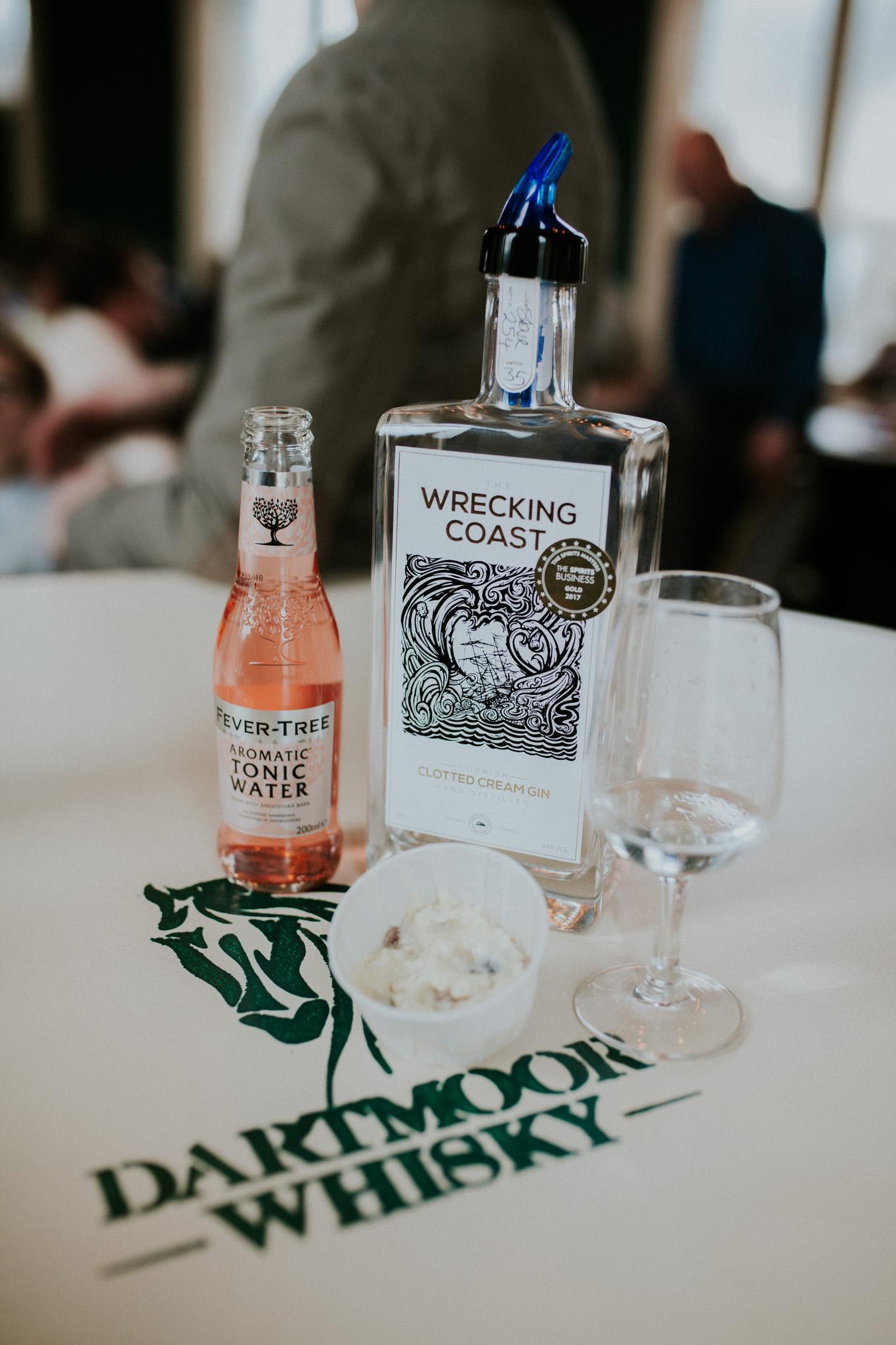 Wrecking Coast Clotted Cream Gin is produced at Wrecking Coast Distillery based in Cornwall. They use a quirky approach when creating their gin. The gin flavour profile was built around the creaminess and smooth flavour of clotted cream. The body of the gin is initially created on an IStill. 10 different botanicals are used including juniper, coriander, chamomile, vanilla, angelica, liquorice, orris, grains of paradise, cassia bark, cinnamon quills, lemon peel and aniseed. The gin is then left to rest for a week before blended with the clotted cream gin which is then cut down to 44% with Cornish spring water. We paired our tasting with Fever Tree Aromatic tonic water.

Tasting notes: The sweetness from the liquorice is the initial flavour but a surprising earthy and woody note from the cassia bark, cinnamon and the grains of paradise start to come into play. With its scent and flavours, this is a gin full of sweetness and creaminess with a hidden warmth. 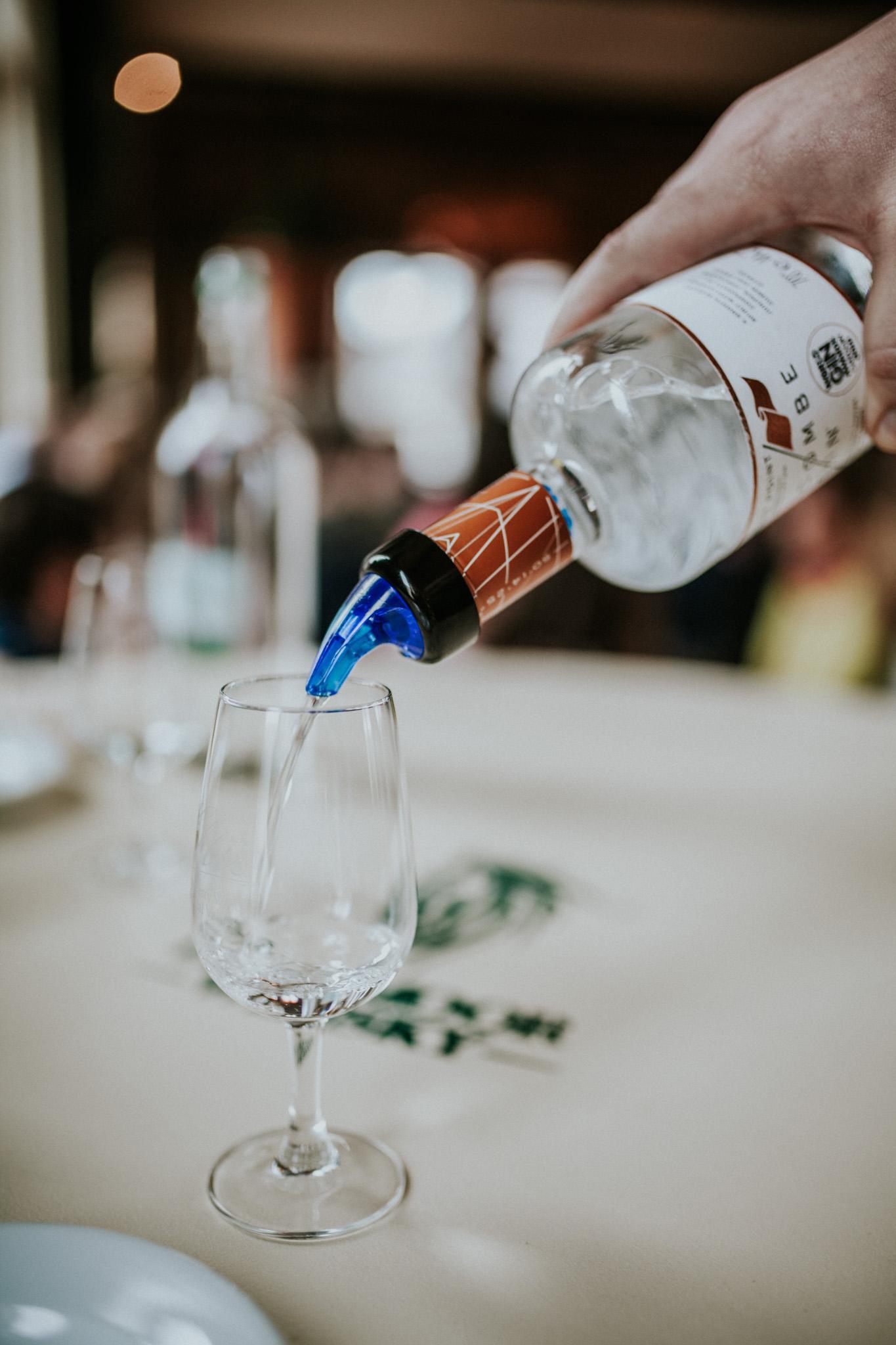 Salcombe Gin is produced in a 450 litre still in sunny Salcombe. Made with over thirteen botanicals including grapefruit, cardamom, and liquorice, the inspiration for the gin comes from the Salcombe ‘fruiters’ that brought exotic fruit into Devon from the Azores, West Indies and the Mediterranean in the 19th century. The water used to bring the alcohol down to 44% is sourced from Devon.

Tasting Notes: You are initially hit with the citrus and floral aromas from the lemon, grapefruit which is followed swiftly with the notes of juniper. A depth of warmth, spice and a peppery heat from the coriander seeds, cinnamon bark and cubeb berries on the finish. 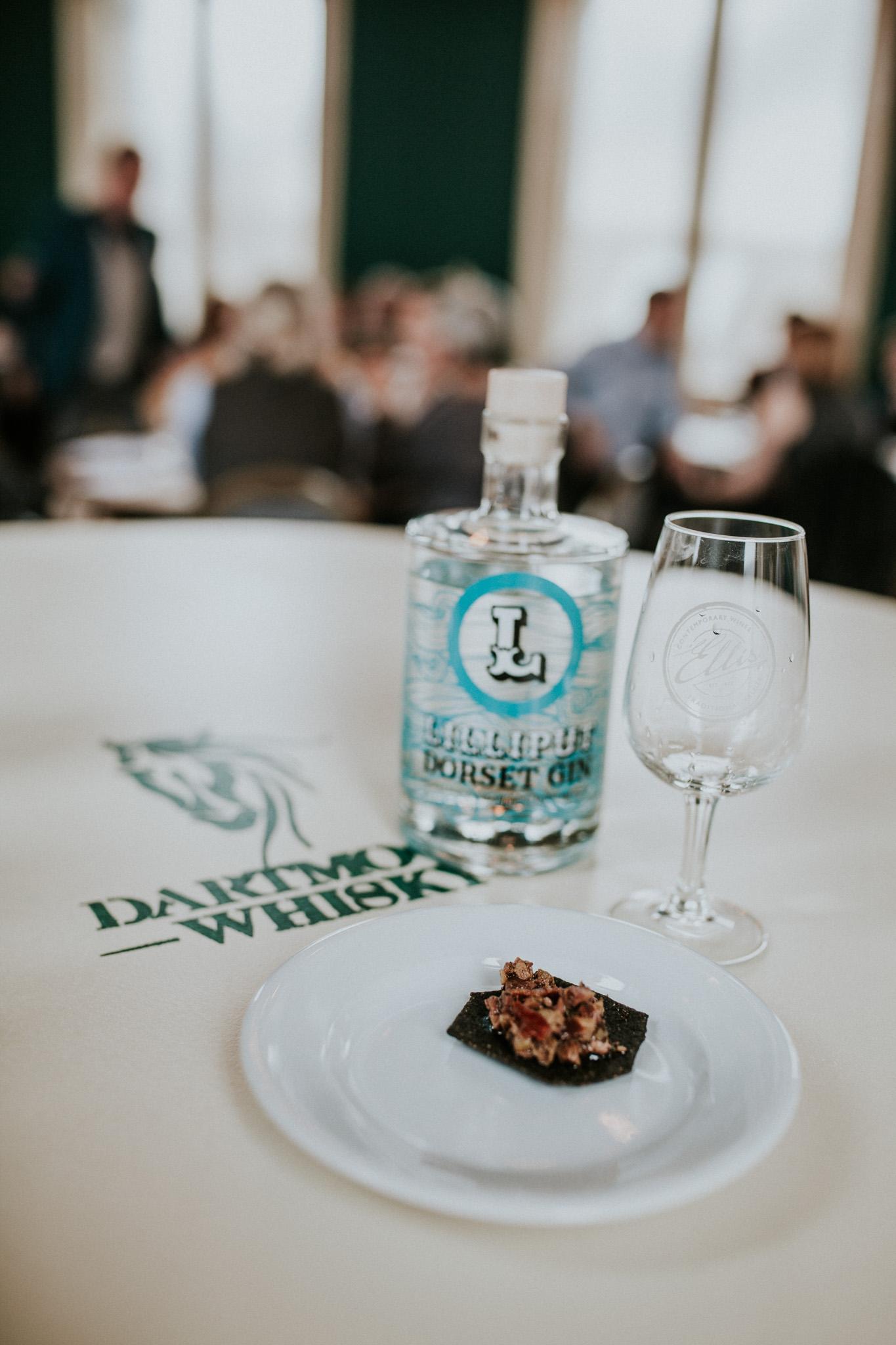 Lilliput Dorset Gin features an interesting recipe to captivate the Dorset coastline within its flavours. The process is started with an old-fashioned London Dry Gin recipe where homegrown organic Rosemary, basil from Egypt, Thyme from Spain, and Kalamata olives from Greece. This combination of flavours and aromas create the feeling of being by the coastline. This is the perfect tipple for the warmer days.

Tasting Notes: The initial taste is punchy and flavoursome, with strong hits of juniper and citrus elements. There is a very subtle hint of warmth with a slight peppery bite which is mellowed out with bold hints of the Rosemary. To finish you are welcomed with a very slight sweetness of the basil and olive which lingers. 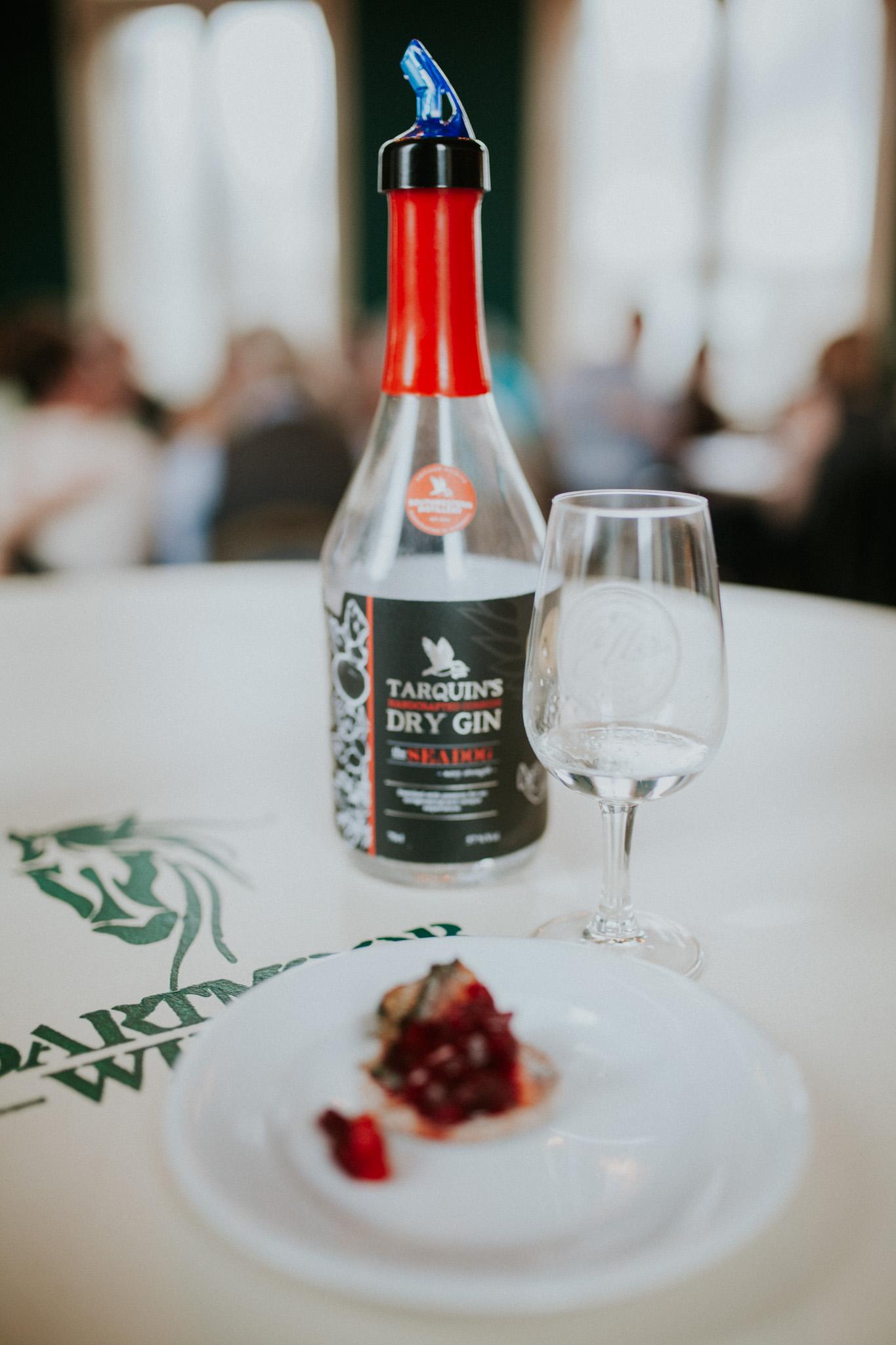 This Cornish Dry Gin captures the essence of the scenic coast. The hand-sorted botanicals are steeped in wheat spirit overnight which is then distilled in a small flame-heated still. 300 bottles are made per batch. The water used to cut is sourced near Boscastle on the coast of North Cornwall.

Tasting Notes: Juniper is the pivotal flavour to start, with subtle hints of cardamon which gives the woody and earthy note. Orange blossom starts to appear which adds a welcoming sweetness. 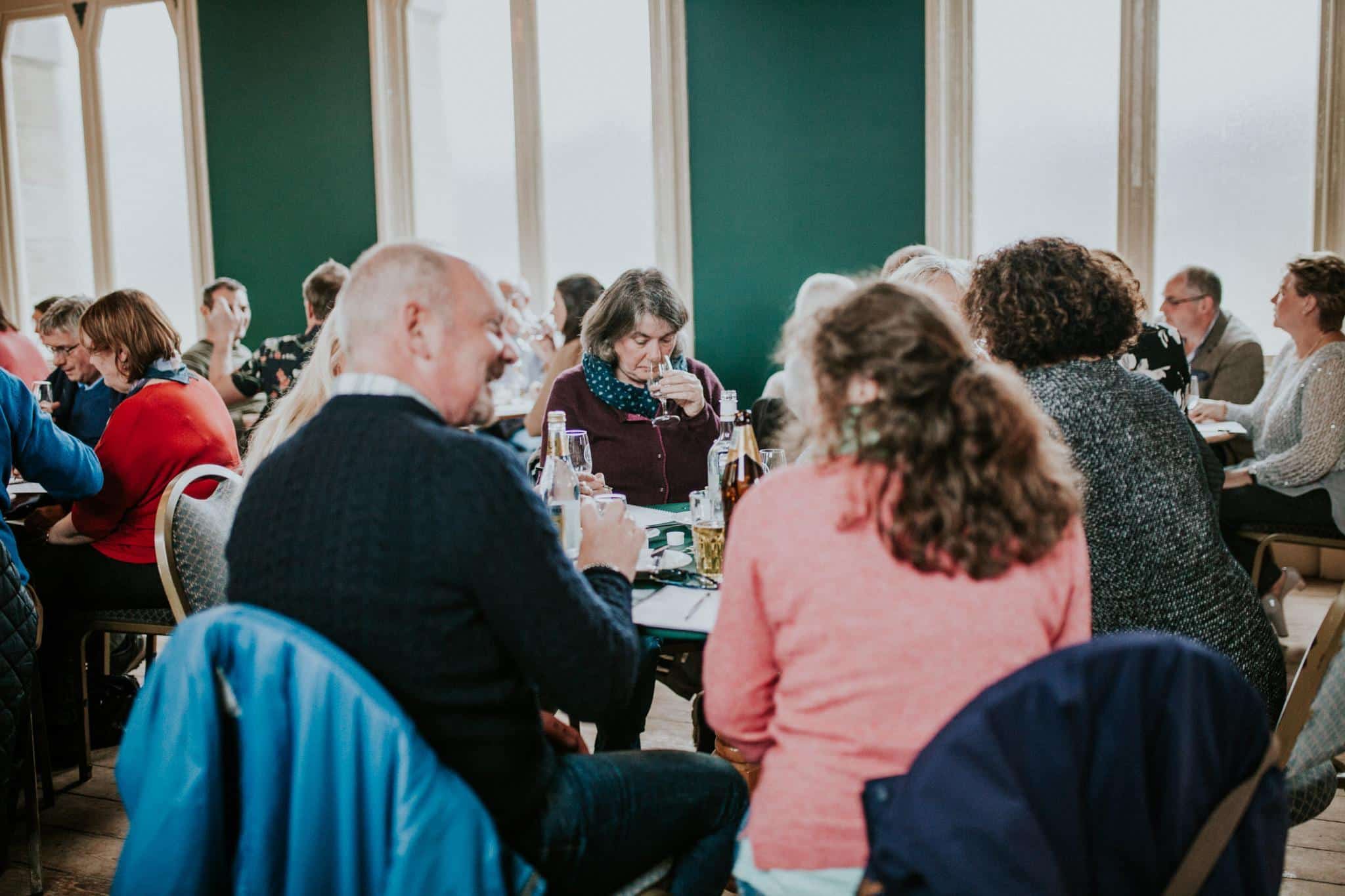